These are two of the clichés concerning writing that you will hear, these days, at almost any writing workshop, at almost any meeting of writers, and on almost any blog devoted to writing. Because they have become clichés we have reached the point when we need to stop saying them. It is time to ask again: What do they mean? Are they even true?

I wrote in an earlier blog about ‘Show, don’t tell’, and I won’t repeat here what I said there. Francine Prose suggested that ‘show, don’t tell’ was ‘bad advice often given to young writers’  (Prose, Francine 2006. Reading Like a Writer. HarperCollins. pp. 24–25). One writer described this cliché as ‘the great lie of writing workshops’. Both of these are reactions against such advice being given without any real attempt to understand or explain what is meant by either ‘show’ or ‘tell’, and without any consideration of the appropriate context in which to use either. Both showing and telling are necessary when writing. Showing is best used when, as a writer, you want to take the time to dig deeper into a scene or moment, which you will probably want to do at key points in your story. Such writing necessarily uses more words and slows down the pace. To do this all the time would result in a very, very long novel (Ulysses?). Could this be why so many writers no longer seem able to tell a compelling story in a single, reasonably sized volume? Is there too much (boring and irritating) showing going on?

‘Find the conflict’ is a concept that seems to derive from journalism. Conflict sells newspapers. And perhaps this journalistic style is invading too much the world of the author. Yes, conflict is interesting. Yes, conflict can generate dramatic moments in a story. But it is not, surely, the only way to generate either interest or drama. It would not be difficult to point to dramatic scenes in novels that do not involve conflict. However, I can almost hear the indoctrinated screaming at me: ‘But that is conflict’, regardless of the non-conflictual example I might choose. They have simply become so indoctrinated that they naturally interpret anything which is dramatic or interesting as necessarily reflecting some kind of conflict. This raises the other major point, namely that conflict is a very broad term, and, as such, loses its usefulness as a guide to writing. Furthermore, conflict can, itself, be either interesting or uninteresting, dramatic or undramatic. It is not, therefore, conflict per se which will make your story or novel interesting or dramatic. To suggest so is just another quick, easy and lazy way of ‘teaching’ about writing.


There is, of course, a grain of truth in these clichés, as in all clichés. A cliché is called such, however, when it has ceased to say anything really interesting or useful. I think we are at that point with these particular phrases. They no longer say anything very interesting or useful. It is time to dig deeper and resume thinking, rather than repeating these phrases in parrot-like fashion.
Posted by Philip Newey at 6:59 PM 2 comments:

'What are your books about?'

This is a question that I am asked all the time. Natural enough, I suppose, but surprisingly difficult to answer. I can’t provide a nice, simple, straightforward reply: ‘My books are about gay vampires in the Royal Canadian Mounties,’ I cannot say. Not that I have anything against gay folk, vampires, Mounties, or any combination thereof. Even if, one day, I write a book about gay vampires in the Mounties, I hope that not all of my books would be about them. That’s the first problem: my books aren’t all about one thing. Hopefully my books are all about different things.

The best way I have of answering this question, concerning what my books are about, is this, and it may not satisfy the questioner: My books are less about the things that happen to people, than about the things people do. And:  My books are less about the things people do, than about the people who do them. So if I were to write a book in which an earthquake in Sicily were to feature prominently, I would still be reluctant to say that my book was ‘about’ an earthquake in Sicily. It would be about some of the people who experienced this event. The event is almost irrelevant. It could just as easily be the death of the family dog as an earthquake that kills thousands. This, I guess, is what I mean when I describe my books as ‘character driven’. I am interested in exploring human nature and human reactions. And as most of us are more likely to experience the death of a family pet than a catastrophic earthquake, I am more likely to write about the death of the family pet.

When you read, you may not be looking to explore this frontier. You may be in search of escapism and adventure. By and large, you won’t find that in my books. There are plenty of authors writing books like that. By all means read them. I read some of them myself. But if you are interested in exploring with me this final frontier, which I think is every bit as interesting and exciting as an alien invasion or a terrorist threat (and much closer to home for most of us), then you might just like what I write.
Posted by Philip Newey at 4:47 PM No comments:

This is just a brief note to let you know that I have released my latest novel today: Life Drawings.


Tom and Diane are two young misfits who embark upon a timid relationship. Supported by friends and family, harassed by an increasingly disturbed Anglican priest, they begin an exploratory journey, discovering themselves and each other. But a dark secret from Diane's past is slowly closing in on them.

Do Tom and Diane have a future together?

Who will live, and who will die?

You can find details of where to purchase it here.

I hope you enjoy it! 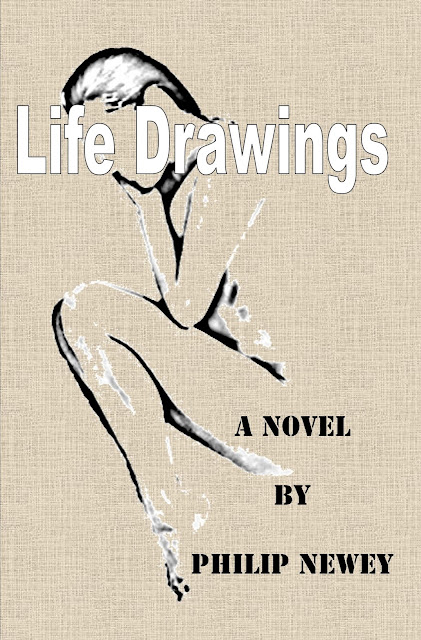 Posted by Philip Newey at 7:48 PM No comments:

Will the US never learn?

The world is once again facing a situation in which (mainly) the United States is threatening to take military action against another country. Let’s be clear, here. This is a matter for the entire world not just the US. The US has no right to set itself up as the sole judge, jury and executioner when it comes to world affairs. There is, of course, talk of ‘surgical strikes’ etc. etc. There are commitments to avoid the mistakes of the past. Well, the first mistake of the past to avoid is that of unilaterally launching military strikes. Does anyone believe that such an action will be as straightforward as is claimed? Does anyone believe that it will achieve the alleged objectives? Does anyone believe that such an action would not have unintended and unpleasant consequences?

I’ve no doubt that I will be shouted down here as being naive. And I can also only claim to have a very limited understanding of International Law. But it seems to me that if the Assad regime has used chemical weapons in this civil war, then it is in violation of International Law. If there is, indeed, strong evidence that Assad is guilty of this crime, then, instead of the first response being to launch a military strike, let the first action be to charge this man accordingly and haul his ass (or arse for Aussies and Brits) to the Hague. Of course, it may not be possible to actually arrest him; of course it may never be possible to actually bring him to trial. So let’s try him in absentia. Let’s at least consider the legal options first!

What seems to be happening at the moment is that the threat of military action by the US is already doing more harm than good. It is forcing millions more people across the borders of Syria into neighbouring countries than the civil war itself. It is generating posturing and threats from the Syrian regime and its allies. It is giving rise of talk of a ‘third world war’.


President Obama, you do not get to decide the fate of this world. Stop your blustering and posturing. Take legal (rather than illegal) action.
Posted by Philip Newey at 4:28 PM 1 comment: