Every person on the planet speaks differently, even though we each share much in common with others who speak our particular language, share the same dialect and have the same accent. The way a person speaks is an essential part of their character; it is understandable when writing that we want to represent that individuality by reproducing these speech patterns. This, however, is quite a challenge. How do I make a character sound Irish without dropping in a ‘To be sure, to be sure’ now and then; or Scottish without the odd ‘Och ay the noo’?

One of the ways in which it is customary to make a character sound uneducated is to drop letters, usually Hs from the beginnings of words and Gs from the ends. ‘This is ’ow it might sound if I wuz talkin’ like that.’ Notice also the subtle alteration in the spelling of ‘was’. I’m sure most writers have used this technique occasionally. The problem is maintaining it for any length of time. How often do I drop a letter? Do I spell ‘going to’ ‘gonna’ all the time, or just occasionally? I remember reading Wuthering Heights in high school and struggling with the speech patterns of the character Joseph. Here’s just a very brief sample:

‘Aw wonder how yah can faishion to stand thear i’ idleness un war, when all on ’ems goan out! Bud yah’re a nowt, and it’s no use talking—yah’ll niver mend o’yer ill ways, but goa raight to t’ divil, like yer mother afore ye!’

This went on for page after page. Maintaining consistently a character’s accent or dialogue is not only very difficult to do, but also makes the text difficult to read.

Of course, part of the problem is that none of us actually speak like this (‘this’ being the words I just wrote). What I would probably have actually said, if I were speaking, was something more like this: ‘’Fcourse, parta the problem is thut nunavusackchilly speak like this.’ All of us actually speak differently from the way words are neatly and systematically written on the page. And all of us speak with an accent of some kind, although to our own ears it might not seem so. So when I choose to represent the speech of a character in a particular way, all I am really indicating is that the character does not speak like me—which is, of course, the way ‘normal’ people speak.

So how do we indicate that a person speaks with a particular accent? One way is actually to inform the reader. Here is Joseph’s speech again, with some interpolation and translation:

‘I wonder how you can fashion to stand there in idleness and worse, when all of them’s gone out!’ said Joseph, although it took me a while to work out exactly what he said. To my ear it sounded like this: ‘Aw wonder how yah can faishion to stand thear i’ idleness un war, when all on ’ems goan out!’ Slowly I became accustomed to the rhythm of his speech. ‘But you’re a nowt,’ he continued, ‘and it’s no use talking—you’ll never mend all your ill ways, but go right to the Devil, like your mother afore you!’

This maintains the archaic forms of words, but without the odd spelling and contractions. Perhaps if someone is speaking with an Irish accent, instead of spelling the words out phonetically—we don’t, after all do that with our own ‘normal’ speech patterns—we might just mention the sing-song lilt of their speech (or something like that).

If someone is speaking English as their second language, with a foreign accent, it’s probably a good idea to avoid caricatures like this, for an Italian accent, for instance:

Vat do you vant to do tonight?

Perhaps a better way of dealing with this is to drop in the occasional foreign word, or have the speaker hesitate as they struggle to find the correct English word. Perhaps they might misuse a word occasionally—people for whom English is not their first language often do not us the correct preposition, or they misuse the definite and indefinite articles. It is important to try to avoid stereotypes and caricatures, however.

There is no perfect and simple solution to the problem of using accents in dialogue. It is something I have struggled with myself—and continue to struggle with. Once you set yourself on that path, however, you may have placed a millstone around your own neck. You may also make life difficult for your readers—and yes, Ms Brontë, I am thinking of you.
Posted by Philip Newey at 11:07 PM No comments:

Today I thought I would post a short story; not something I do very often. I would be interested in hearing how you respond to it:

I stand on the platform. It could be anywhere in the world. A pigeon struts, pigeon-toed, around my legs. I am another pillar, holding up the roof, but subject to sudden, inexplicable movements. The pigeon, too, could be any pigeon anywhere. Words float in the air around me in another tongue—not just anywhere, then. The words refuse to stay out there, in the air, and wriggle their way into my ears, into my mind.

The train—I hear it approaching, see its single eye in the darkened tunnel. I am still fixed in place—that pillar. Here I stay. Here the door will roll to a halt. Here is the button, which I push. Air seems to rush into the train, as people rush out from the other side. There is, in general, a predominance of hissing and swishing.

To the right is the vacant seat, into which I fold myself, folding myself yet more tightly around myself, lest I be touched. Sometimes I read, but today I am bookless, Kindle-less. The floor at my feet becomes a refuge for my gaze. I see, mainly, feet. Knee high boots, worn sneakers. I imagine, if I do not precisely sense, their odour. Other odours there are, however. Damp odours. Garlic, too, I think. I become acutely aware of the air I am breathing. Air that others have breathed before me. How much of her, I wonder, am I breathing in. She sits next to me. Her arm and shoulder brush against mine. I cannot retreat. I don’t look at her except fleetingly, brushing her with the periphery of my vision.

A dreamlike state creeps upon me. The world becomes a little fuzzy, sounds a background buzz. Except that some words in English cut through the fuzz. An Australian accent that has the password into my awareness.

“Yeah. Last time I was home I managed to catch up with…” But the rest is lost as the train pulls up at a stop, doors open, letting in air, letting out smells… and people. Did the Australian accent leave? I am not sure.

Within my fuzz I am surprise at how quickly we arrive at the stop before mine. I move my bag slightly, where it rests on the floor between my legs. It is a ritualistic, preparatory move. Also a claim of ownership, as I grasp one of the straps. Lest my bag escape. The world appears, for a moment, like the kind of place in which bags yearn for freedom and make a break for it at the first opportunity. There is another button to push. So I push it. How would it be, to be a button in this world that no one ever took the time to push?

I stand now as the train approaches my stop, swaying a little unsteadily, grasping the handhold. I notice that the train has already discharged most of its occupants. Others also stand ready to disembark. I move against the tide, to the left, which involves side-stepping, this way and that. I do not like being a rock in the stream that divides the flow. Then the way is clear and I make my way—and it is my way, no one else takes this route. I am convinced that this shaves a few milliseconds off the walk from the train to my office. So I walk through the air that I have parted before, many times, re-enforcing my pheromone trail, staking my claim on this small fragment of the universe.

Somehow, I have made it again.

Posted by Philip Newey at 2:55 PM No comments:

Why do most depictions of Jesus look so much like Russell Brand, when they should probably look more like Osama bin Laden? 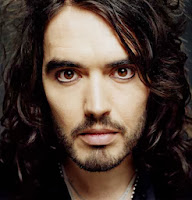 People will probably say that I have this the wrong way around: that it is Russell Brand who looks like Jesus. It’s true that Russell Brand looks like Jesus as he is often depicted in religious art. In fact, the historical figure probably looked like neither. He almost certainly didn’t have Max von Sydow’s or Jeffrey Hunter’s baby blue eyes.

Unlike some people, I don’t dispute the existence of an historical figure going by the name of Joshua sometime in the first century of this era, living in the region of Palestine and presenting himself as a religious prophet. He clearly had an impact on people. Since then, of course, the western world has set about reconstructing this figure in its own image. Both the man and his teachings. Joshua, or Jesus if you prefer, was a man of middle-eastern origin, beliefs and appearance. This is probably embarrassing and even offensive to some contemporary Christians.

Let’s just admit that Jesus would be much more at home in a market in Gaza than in a Walmart in Los Angeles or a Coles in Cairns.
Posted by Philip Newey at 5:12 PM 1 comment: