The Eagle Who Thought He Was a Chicken:
A baby eagle became orphaned when something happened to his parents. He glided down to the ground from his nest but was not yet able to fly. A man picked him up. The man took him to a farmer and said, “This is a special kind of barnyard chicken that will grow up big.” The farmer said, “Don’t look like no barnyard chicken to me.” “Oh yes, it is. You will be glad to own it.” The farmer took the baby eagle and placed it with his chickens.
The baby eagle learned to imitate the chickens. He could scratch the ground for grubs and worms too. He grew up thinking he was a chicken.
Then one day an eagle flew over the barnyard. The eagle looked up and wondered, “What kind of animal is that? How graceful, powerful, and free it is.” Then he asked another chicken, “What is that?” The chicken replied, “Oh, that is an eagle. But don’t worry yourself about that. You will never be able to fly like that.”
And the eagle went back to scratching the ground. He continued to behave like the chicken he thought he was. Finally he died, never knowing the grand life that could have been his.
(https://lifelessons4u.wordpress.com/tag/the-eagle-who-thought-he-was-a-chicken/)
I don’t know who the author of the above website is. There are many versions of this story. In some versions the eagle eventually recognises his true nature and soars up into the heavens.

I suppose that’s all great if you actually are an eagle who mistakenly thinks it’s a chicken. The trouble is ... I suspect most of us are chickens who think we’re eagles. And therein lies the source of so many of our difficulties. The ever-present guilt so many of us feel arises from the fact that we constantly fail to do those things that an eagle can do, but a chicken cannot. Of course we constantly fail, because we are chickens, not eagles. And what’s wrong with being a chicken? Nothing at all.

Perhaps our lives would be far less stressful (and the world a better place) if all us chickens stopped trying to be eagles.
Posted by Philip Newey at 11:43 PM 6 comments:

What do I know about the life of white people, black people and ‘high yellers’ in Louisiana in 1985? Not a great deal. Here in this book I find myself involved in the life of a community and a family in Belle Place, Louisiana, a sugar-cane-growing region.

There is Grandmother Maymay, T-man, her husband, Mother Tut, their daughter and T-red, their son, married to Bumblebee. Finally there is Celeste, the eldest of Mother Tut’s children, twelve years old at the opening of the novel.

Mother Tut and Celeste are ‘high yellers’ who could almost pass for white.

Tut was very young when she had her children, so young that really Maymay acts as their mother, with assistance from Bumblebee. Mother Tut is almost childlike—perhaps a little ‘simple’. She is irresistible to men, has little resistance to their approaches, and is regarded as a slut by the community. She has, however, an endearing, naive quality. This, along with her physical beauty, is perhaps what makes her so attractive to men.

Celeste, by contrast, is much older than her years and very intelligent. She is blessed—or perhaps cursed—with her mother’s good looks. She struggles to avoid her mother’s fate.

In many ways this is a coming of age story. Celeste is the central character, and much of the narrative is related from her first person perspective. However, at times the first person narration is taken up by others, most often Tut. Celeste at the beginning of the novel is twelve years old, but by the end is perhaps sixteen or seventeen. Along the way she is strongly attracted to a young Rastafarian boy called Vashan.

Mother Tut has the opportunity to escape her life in Belle Place when she is taken away to another town by a worker in the cane fields known as ‘Black’. Will she be able to break out of the behaviour and lifestyle in which she is trapped? Will Celeste be able to reach her potential? These are the central elements of the plot here.

Among the themes which I found fascinating was the exploration of intra-racial prejudice between the various ‘degrees’ of blackness within this community. As a white man it is difficult to know how to discuss this without unintentionally offending someone or straying from political correctness. Suffice it to say that the seemingly infinite capacity of the human species to divide itself into ‘us and them’ is alive and well in Belle Place, Louisiana. Or, at least, it was in the 1980s.

The strength of this novel was in its characterisation, particularly that of Mother Tut and Celeste. Despite their flaws these characters were mostly likeable, and certainly understandable. Although they sometimes behaved badly, there was never a sense that this was the only thing to say about them. I did think from time to time that the author was resorting to African-American stereotypes; but perhaps these stereotypes have their origins somewhere/somewhen in the real-life experience of the author. I’ve met a few stereotypes myself over the years.

I enjoyed the language, which included elements of Creole and French as well as the colourful version of English spoken in those parts. The voices sounded authentic to me. On the other hand, what do I know about that time and place?

The novel is perhaps weakest when it comes to plot. I did not sense any great movement or development in the plot until near the end, when there are real moments of suspense and tension. I thought a few more moments of tension and conflict along the way would have given the narrative a more interesting contour. Character is very much the dominant element here.

There is one very interesting development towards the end, which would not generally be expected in a novel that is narrated in the first person. I will say no more about that, except to say that it was very effective.

The editing let the author down a little here and there, particular in the latter third of the novel, when there were an increasing number of typos. I suspect the author had at some stage switched from a third person to a first person narrative, and some of the pronoun changes were overlooked (‘them’ instead of ‘us’, for instance).


While I loved the characterisation here, because the plot was not as strong or as contoured as it might have been, I am inclined to give this three and a half stars, but rounding this up to four where necessary. 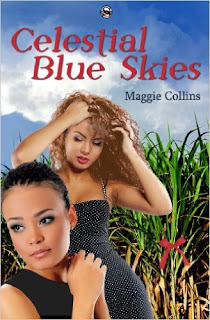 Posted by Philip Newey at 4:46 AM No comments: